I’m delighted to share Deborah O’Connor’s post today on If Only I Could Read Faster as part of the blog tour for her book, My Husband’s Son. When I first read this I had a good chuckle, so I hope that you enjoy it too!

‘It’s good but there’s one nipple too many for my liking.’  This was the feedback from my friend and trusted first reader Tom on an early draft of my debut novel MY HUSBAND’S SON.

In actual fact, at that time, there were only two mentions of the word ‘nipple’ in the entire book.  But sex scenes are funny like that.  They and the words you use to describe them tend to lodge in the head.  Our brain gives undue emphasis to the mucky stuff.

Which begs the question, when it comes to writing a novel, how much sex is too much?

In light of recent publishing history you’d think the answer would be, never enough.  EL James, Lisa Hilton and a whole host of others have made their names (and their fortunes) by writing blockbusters packed with shagging.  But what if, like me, you’re writing a psychological thriller and although the sex scenes play an important, even critical part, they’re not the be all and end all.  What then?

I started writing my novel during a six-month long stint at the Faber Academy.  Occasionally we could request to focus a session on a specific aspect of the craft.  So one week, halfway through the course, I asked if we could please talk about how to write sex and how to write it well.  Louise Doughty our teacher agreed and asked us all to bring in an example of a fictional sex scene we thought was awful and one we thought was good.  Great, I thought.  Problem solved.  Then it came round to the actual class.

That evening we all sat there clutching our choices in our sweaty little hands.  We thought maybe we’d have to paraphrase them, that maybe (best case scenario) we would pass the offending passages around the table so we could each study them in turn.  Wrong.  Louise now revealed that she would like each of us to READ OUT LOUD TO THE REST OF THE GROUP from a pertinent section of our chosen novels.  (Dear reader, it is one thing to see the words ‘purple’, ‘moist’, ‘thrusting’, and ‘shaft’ photocopied on a nice white sheet of A4, it is another thing entirely to verbalise them to a room full of your peers.)  Naturally, there followed a lot of nervous laughter, but we all did it and it turned out to be yet another brilliant session on the course.  When it came to the end of the night I felt like I’d learned an important lesson.  Namely, for a sex scene to earn its place in a novel it needs to have a subtext.  Not only that, it needs to add something to the action that you wouldn’t be able to add any other way.

I set about sharpening the existing sex scenes in my book and then I went and wrote in a whole heap more.  They say show don’t tell.  I found that I could show a whole lot of really important stuff whenever I described how and when my main character had a sexual encounter, either with herself (yes, yes, my novel features masturbation) or with others, especially people other than her husband.  I also took guidance from one of my favourite thrillers – In The Cut by the American writer Susannah Moore.  Moore’s novel is a masterpiece in the use of sex and sexuality as a way to advance and reveal different aspects of her character and plot and, although quite graphic in places, she manages to do it without it ever making it feel cringey or like some superfluous, titillating add on.  I hope that I’ve managed to do the same (but I’ll let you be the judge of that).

Which takes me back to the original question of this piece:

how much sex is too much?  Ultimately, I think the answer lies in real life.  If you ask a group of people how often they like to get their leg over they will all reply differently: some people like to do it five times a day, some only once a year, on the Queen’s birthday, others not at all.  It’s up to you how much sex (if any) you decide to include in your book.  You might decide to really go for it, like me, and throw in ‘nipples’ here there and everywhere, or you might decide to abstain.  But if you do decide to go for it, then just keep in mind that a year or so from now, a group of students sat around that legendary oval Faber Academy table might be reading your work aloud, to the rest of the room, and trying their absolute hardest not to stutter and blush and wishing to god they’d asked their teacher to run a session on the merits of the omniscient third person instead. 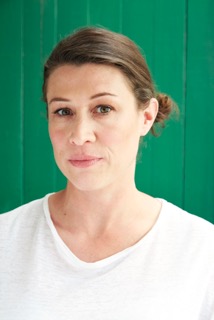 My Review of My Husband’s Son by Deborah O’Connor:

‘Heidi and Jason are a couple brought together by their shared experience of losing a child. Heidi’s daughter was kidnapped and killed while Jason’s son went missing and was never seen again. His life is consumed by finding Barney and the fact that Heidi understands his grief more than most people brings them together.

This book has a really interesting premise, Heidi believes that she’s found Barney but Jason is convinced that she is wrong, but Heidi just cannot let it go. As the reader you’re never quite sure whether Heidi is right or not, everything seems to be suggesting that he is not Barney, but could she be right?

I found Heidi to be really unlikeable. As a parent I can’t help but feel compassion towards her for the loss of her daughter, but she makes some really really strange decisions that I just struggled to make sense of. I spent large portions of the book convinced that she was totally crazy, however I couldn’t shake the nagging doubt that maybe she wasn’t.

Jason meanwhile is a bit of a non event. He is clearly being eaten up by the loss of Barney, the not knowing what happened to him, and he isn’t dealing at all well with it. Although who can blame him?!

I found My Husband’s Son really easy to read, the author writes well and keeps the intrigue going throughout the book. The ending was nothing that I had imagined at any point while reading. It totally threw me, and confused me, and then once the shock had worn off it made me think.

I received a copy of My Husband’s Son via Netgalley from the publishers in return for an honest review.’

My Husband’s Son is released today and is available from Amazon UK and Amazon US.

3 thoughts on “Blog Tour: My Husband’s Son by Deborah O’Connor”

Follow If only I could read faster on WordPress.com
Join 2,092 other followers