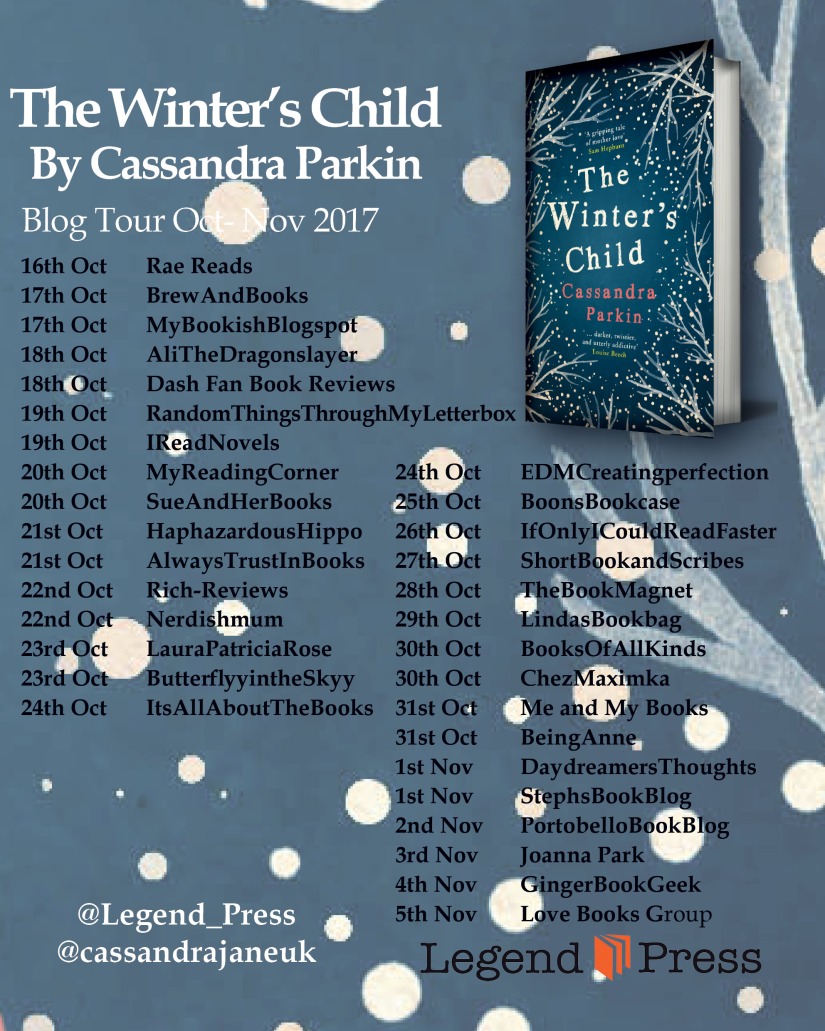 Five years ago, Susannah Harper’s son Joel went missing without a trace. Bereft of her son and then of her husband, Susannah tries to accept that she may never know for certain what has happened to her lost loved ones. But then, on the last night of Hull Fair, a fortune-teller makes an eerie prediction—on Christmas Eve, Joel will finally come back to her. As her carefully-constructed life begins to unravel, Susannah is drawn into a world of psychics and charlatans, half-truths and hauntings, friendships and betrayals, forcing her to confront the buried truths of her family’s past where nothing and no one are quite as they seem.

I’m delighted that Cassandra Parkin has stopped by If only I could read faster to answer some questions about herself and her writing, and of course her new book, The Winter’s Child. I don’t know about you but some of Cassandra’s answers gave me a good chuckle! And I’m going to be searching bookshops for a copy of her secret book!

(I apologise for the dodgy formatting of the Q&A, WordPress appears to have gremlins at work today)

This is one of those books that I want to read based on the cover alone! But add the blurb to that and I know that I need to read it. And that’s before you take into account the amazing reviews that I’ve been seeing. If you’re the same then you are in luck as I have a giveaway for The Winter’s Child by Cassandra Parkin! You can enter using the link below but please be aware that it is UK postage only.

Or, if Rafflecopter is playing up as it so often does then click here http://www.rafflecopter.com/rafl/display/6404b2ab4/?

Cassandra Parkin grew up in Hull, and now lives in East Yorkshire. Her short story collection, New World Fairy Tales (Salt Publishing, 2011) won the Scott Prize for
Short Stories. Cassandra’s writing has been published in numerous magazines and
anthologies.
Follow Cassandra on Twitter
@cassandrajaneu
The Winter’s Child is out now and available from Amazon UK and Amazon US.

Follow If only I could read faster on WordPress.com
Join 2,091 other subscribers