Louise Jensen is another great author published by Bookouture, a reliably good publisher. Having enjoyed her previous books I was very keen to read this one, especially when I saw the cover and the title also intrigued me. Surrogacy is such an amazing thing but so many things can go wrong which makes it a perfect subject for a psychological thriller.

Jensen shows us in The Surrogate how she has progressed as an author, this book is such a twisty turny read that is cleverly woven together in a believable way. I really was never quite sure who to trust, whose version of events was accurate and what was the real motivation for what they did?

And then there’s the ending. Well, I wasn’t expecting that. It’s one of those endings that you have to read again just to make sure that you didn’t miss something and that it all really did happen. So clever and well done. I really cannot wait to see what Louise Jensen does next.

‘You know that feeling? When you want something so badly, you almost feel you’d kill for it?’

Be careful what you wish for…

Kat and her husband Nick have tried everything to become parents, and are on the point of giving up. Then a chance encounter with Kat’s childhood friend Lisa gives Kat and Nick one last chance to achieve their dream.

And there is more to Lisa than meets the eye.

As dangerous cracks start to appear in Kat’s perfect picture of happily-ever-after, she realises that she must face her fear of the past to save her family… 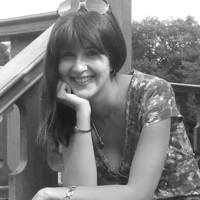 Louise Jensen is a No. 1 bestselling author of psychological thrillers. Her debut novel ‘The Sister,’ was published by Bookouture (Hachette) in July 2016 and quickly reached No. 1 in the UK where it stayed for over 5 weeks, and it also hit No. 1 on the Canadian Amazon chart, No.1 in Apple’s iBooks and is listed as a USA Today Bestseller. It was the 6th biggest selling book on Amazon in 2016.
‘The Sister’ is a book about a grieving girl who thought there was nothing as frightening as being alone – she was wrong.
‘The Gift’ Louise’s second book, was published in December 2016 and within three days of release gave Louise her second No. 1 in 2016 and her first No.1 in 2017, both in the UK, where it stayed for over a 5 weeks, and in Canada. It is also a USA Today Bestseller. In Amazon’s half-year trends report The Gift is reported as the 3rd biggest selling ebook in the UK in 2017.
‘The Gift’ is a book about a perfect daughter and how a secret is eating her family alive.
‘The Surrogate’ is Louise’s recently released third novel about how far we’d go to create that perfect family.
To date Louise has sold over 850,00 books and her novels have been sold for translation in seventeen territories. Louise was nominated for the Goodreads Debut Author of 2016 Award. Due to her phenomenal success her paperbacks are now published by Sphere (Little, Brown) and are available in all good bookstores and supermarkets.
Louise also writes flash fiction, and features and articles for both magazines and online publications. Louise specialises in writing about mindfulness, chronic pain and mental health. Her fourth psychological thriller will be published in the summer of 2018.
The Surrogate by Louise Jensen and published by Bookouture is out now and available from Amazon UK and Amazon US.

2 thoughts on “#BookReview The Surrogate by Louise Jensen @Fab_Fiction @bookouture”