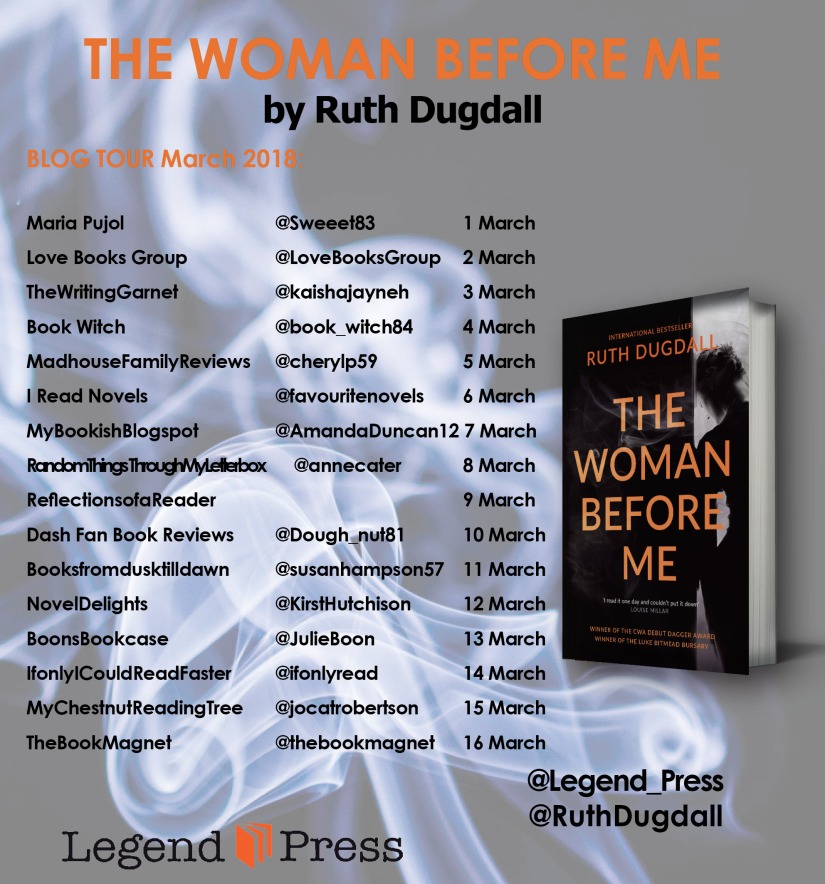 It isn’t usual that I will read a series out of order, but that is most definitely what I have done with the Cate Austin books. The first one that I read was book four, Nowhere Girl, which I thought was a brilliant book. Keen to read more I then read Humber Boy B which is number three and was even better than Nowhere Girl. And now I have read book one, The Woman Before Me.

I actually don’t think that it has mattered reading them out of sync and I found it quite amusing reading this book and knowing how far Cate as a character develops over the series.

Although this book is the start of the Cate Austin series, Cate herself is very much a minor role in The Woman Before Me, although a very crucial one.

Rose is most definitely the main character and the majority of the book is told by her. She’s a complex character and I was never sure how reliable she was, as we follow her as she hopes for parole. The book goes back to the past when Rose met her partner and the birth of her little boy Joel.

We know that Joel died and we know that Rose is in prison for the murder of another little boy called Luke, and as the story evolves the truth about what really happened becomes clear. I have to admit that I worked it out quite early on but I still really enjoyed it and a few times I decided that I had got it wrong.

Dugdall is a great storyteller and I love her characters, she has a real way of making them feel real. I love how her characters deal with what life throws at them, there’s no dramatics in her writing and as a result the characters are more believable.

I’ve really enjoyed the Cate Austin series and think that they get better and better. I now need to read number two to complete the set!

Thank you to Legend Press for a copy of The Woman Before Me by Ruth Dugdall, I was under no obligation to review the book and all thoughts are my own.

‘An absolute tour de force that left me thinking for days.’ Alex Marwood

They came for me, just like I knew they would. Luke had been dead for just three days.

Rose Wilks’ life is shattered when her newborn baby Joel is admitted to intensive care. Emma Hatcher has all that Rose lacks. Beauty. A loving husband. A healthy son. Until tragedy strikes and Rose is the only suspect.

Now, having spent nearly five years behind bars, Rose is just weeks away from freedom. Her probation officer Cate must decide whether Rose is remorseful for Luke’s death, or whether she remains a threat to society. As Cate is drawn in, she begins to doubt her own judgement.

Where is the line between love and obsession, can justice be served and, if so… by what means? 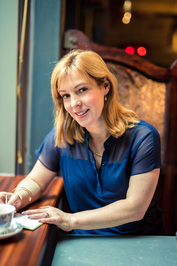 Ruth Dugdall was born in 1971. She holds a BA honours degree in English Literature (Warwick University) and an MA in Social Work (University of East Anglia). She qualified as a probation officer in 1996 and has worked in prison with offenders guilty of serious crimes, including stalking, rape and murder. This has informed her crime writing. Since she started writing, Ruth has won awards in several writing competitions, and has had short stories published in the Winchester Writers’ Conference and the Eva Wiggins Award anthologies.

The Woman Before Me by Ruth Dugdall is out now and available from Amazon UK and Amazon US.