Q&A with Jennifer Gilmour, author of Isolation Junction: Breaking Free from the Isolation of Emotional Abuse.

• When you first decided to get your ideas out of your head and onto paper?

I was on an awareness course about Domestic Abuse. Alongside me were about 8 other women who had been in abusive relationships. As the day progressed, I found that I simply couldn’t believe that some of what the other women were saying was exactly what I had gone through but just in a different format. Domestic Abuse tends to go in a cycle (see photo below) and whichever way it begins, the behaviour spirals again and again. At first it could be months between incidents but for me, as time went on there were many instances within one day. It is quite normal to try to prevent the cycle from starting again by changing your behaviour as much as possible. By the end of the course I had come to understand that we were all subjected to the same behaviour and that no one knew before that this could even happen to someone i.e. that a relationship can be so unhealthy and soul destroying. I realised that others simply needed to know more about this unacceptable behaviour; they needed to see the warning signs before the relationship goes further or the behaviour gets even more serious.  On the other hand I needed others to see the behaviour for what it is. If people are in a relationship and the behaviour within it is not acceptable and is not their fault, it can’t simply be changed by changing yourself.

I spent 18 months writing and collating my own personal notes. Most of the time was spent on getting the two tenses correct within the 2 narratives. Then I kept rereading the script as it was important that it flowed and that the message was clear and wasn’t confused.

I am yet to approach publishers as I am self published.  I decided to self publish because I wanted to start to get the message out there. I have had interest but it is finding the right publishers for the novel and more specifically to find a publisher where my work fits into their portfolio as it is fiction.  The novel does include sensitive material which could be emotional for some people.  I have, however, woven through the romance and some comedic moments in the book to try and make it a more entertaining read despite its serious message.

Those who had no idea what emotional abuse looks like felt an understanding and many have remarked that they can now see the kind of behaviour that is not acceptable. Some took it a step further after reading the book by researching further to learn more about domestic abuse.  Lots of people simply asked how the abusers get away with the behaviour.  Writing and publishing this book is a huge success for me because it means I am educating people (who might not read a text book) about this insidious behaviour.

Survivors who have read my book have supported it wholeheartedly and can relate to the book. Some found it hard to read the book as it had echoes of their own experiences but expressed pleasure at having read it and gained emotional support from it. I have had a lot of conversations following on from this and it almost feels like the taboo has lifted in the sense that people have spoken about their experience with me and have gladly shared posts from my page. This was also hugely important to me because I feel I am speaking as an advocate on behalf of both survivors and victims.

As a self published author I got to choose the cover. I actually had a vision and my designer really did a fantastic job in captured my vision of what I wanted.  A lot of people have said how eye catching the cover is and that it enticed them to learn more.

I wouldn’t give myself such tight deadlines although I felt I needed them at the time to focus myself. If I had had the time I would have got beta readers to read and give feedback so I could have done a bit more tweaking, but that’s just me as a perfectionist.

Enter to win! Winners will be chosen at random by the Rafflecopter generator on Monday 20th February. One prize of a signed paperback and one prize of an Ebook version of Isolation Junction.

Winners will be contacted by email by Emma Mitchell and will have three days to respond, if you don’t respond by 8 p.m. on Wednesday 22nd then a new winner will be selected.

Rose is the mother of two young children, and finds herself living a robotic life with an abusive and controlling husband. While she struggles to maintain a calm front for the sake of her children, inside Rose is dying and trapped in ‘Isolation Junction’.

She runs an online business from home, because Darren won’t let her work outside the house. Through this, she meets other mums and finds courage to attend networking events, while Darren is at work, to promote her business.

It’s at one of these events that Rose meets Tim, a sympathetic, dark-haired stranger who unwittingly becomes an important part of her survival.

After years of emotional abuse, of doubting her future and losing all self-confidence, Rose takes a stand. Finding herself distraught, alone and helpless, Rose wonders how she’ll ever escape with her sanity and her children. With 100 reasons to leave and 1,000 reasons she can’t, will she be able to do it?

Will Tim help her? Will Rose find peace and the happiness she deserves? Can Rose break free from this spiralling life she so desperately wants to change? 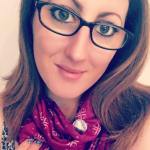 Born in the North East, I am a young, married mum with three children. I am an entrepreneur, running a family business from my home-base and I have a large readership of other young mums in business for my blog posts.

From an early age I have had a passion for writing and have been gathering ideas and plot lines from my teenage years. A passionate advocate for women in abusive relationships, I have amalgamated and fictionalised other survivors experiences alongside my own to write my first novel detailing the journey of a young woman from the despair of an emotionally abusive and unhappy marriage to develop the confidence to challenge and change her life and to love again. I hope that in reading my debut novel, I will raise awareness of this often hidden and unseen behaviour and empower women in abusive relationships to seek help for themselves and find the confidence to change their lives.

Isolation Junction by Jennifer Gilmour is out now and available from Amazon UK and Amazon US.