Skip to content
November 3, 2017 if only I could read faster

Regular readers of my book blog will know just how much I love Angela Marsons. Her DI Kim Stone books are outstanding. This is book seven and each one has been a brilliant read in their own right. Each time a new one comes out I cannot wait to read it, but I am also scared that this book will be the one to let the series down and I worry that Marsons will get to the point where she has done all that she can with Stone.

My favourite of the Kim Stone books has been Evil Games, I absolutely loved the baddie in that book and felt that she was an amazingly written character that, even though I knew she wasn’t real, still managed to scare me. I didn’t expect that any book would push Evil Games off that number one spot, but Broken Bones has done just that.

This book was just wonderful to read, from start to finish I loved every single page and I didn’t want to stop reading. Sure, the books are easy to read and not the most high brow books, but if you enjoy an easy read that you can really get into then Broken Bones is for you.

I normally give a bit of a summary of the book in my reviews, but I’m not going to here. It isn’t necessary. It doesn’t matter what the book is about really, if you’ve read Kim Stone books before (and I do strongly suggest that if you haven’t you start with book one, Silent Scream, in order to get the most that you can out of the series) then you will know that you want to read Broken Bones, and if you haven’t? Well, what are you waiting for?

Thank you to the publishers Bookouture for a copy of Broken Bones by Angela Marsons. I was under no obligation to review and all thoughts are my own.

They thought they were safe. They were wrong.
The murder of a young prostitute and a baby found abandoned on the same winter night signals the start of a disturbing investigation for Detective Kim Stone – one which brings her face to face with someone from her own horrific childhood.

As three more sex workers are murdered in quick succession, each death more violent than the last, Kim and her team realise that the initial killing was no one-off frenzied attack, but a twisted serial killer preying on the vulnerable.

At the same time, the search begins for the desperate woman who left her newborn baby at the station – but what looks like a tragic abandonment turns even more sinister when a case of modern slavery is uncovered.

The two investigations bring the team into a terrifying world of human exploitation and cruelty – and a showdown that puts Kim’s life at risk as shocking secrets from her own past come to light. 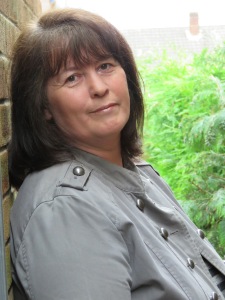 Angela is the author of the Kim Stone Crime series. She discovered a love of writing at Primary School when a short piece on the rocks and the sea gained her the only merit point she ever got.
Angela wrote the stories that burned inside and then stored them safely in a desk drawer.
After much urging from her partner she began to enter short story competitions in Writer’s News resulting in a win and three short listed entries.
She used the Amazon KDP program to publish two of her earlier works before concentrating on her true passion – Crime.
Angela is now signed to write a total of 16 Kim Stone books forhttp://bookouture.com and has secured a print deal with Bonnier Zaffre Publishing.

Broken Bones by Angela Marsons is out now and available from Amazon UK and Amazon US.