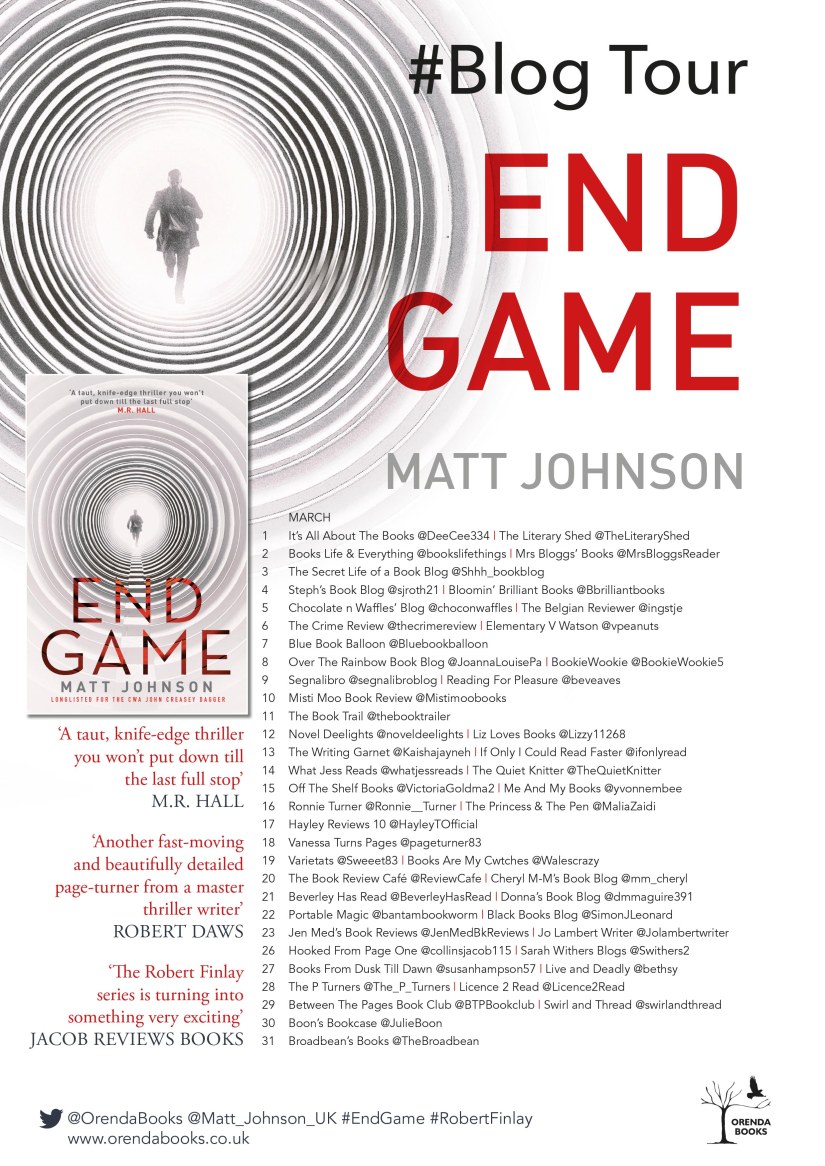 Today it’s my stop on the blog tour for End Game by Matt Johnson, published by Orenda Books. Matt has written an incredibly powerful account of losing his friend, WPC Yvonne Fletcher. End Game is the final part of the Robert Finlay trilogy.

17th April sees the 36th anniversary of one of the worst days I have ever experienced. It is a day when a friend and colleague was shot and killed. Three decades later, despite the identity of the killer being known, he remains a free man. 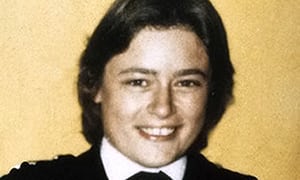 On 17th April 1984 I was a 27 year old advanced car driver working in central London on a police traffic car. WPC Yvonne Fletcher was a 25 year old officer on the Vice Squad at West End Central Police Station. My wife of the time served on this same squad. Yvonne was one of her best mates and part of our circle of friends.

Yvonne had been at a house-warming party at my home a few weeks before this fateful day. My lasting memory of her is of seeing her sitting at the bottom of the stairs in my house, looking relaxed and chatting with friends.

At 10.18 am Yvonne was with a small contingent of officers supervising a demonstration outside the Libyan Peoples Bureau in St James Square, London. Her fiancé was among the officers with her. Yvonne had her back to the Bureau.

Without warning, someone in the Libyan bureau fired a Sterling submachine gun into the group of protesters and police officers. Eleven people were hit by bullets, including Yvonne.

An ambulance was quickly sent to the scene and my patrol car was sent to escort the ambulance to the Westminster Hospital.

Anyone who has worked in central London will know just how quickly a major incident can cause the streets to become blocked. Main roads rapidly snarl up and the side streets and rat runs that the taxis and locals use, soon follow. Gridlock is the result.

Getting the ambulance to the hospital proved to be a nightmare. We were forced to drive onto pavements and, on several occasions, we had to get out of the car to get vehicles moved so we could get through. At that time we were aware that the casualty was a police officer, but didn’t know who.

I remember that the ambulance overtook the police car just before we reached the hospital. We had to get out of the car to clear traffic from a junction and the crew seized the opportunity to make progress and get through. When we pulled in behind the ambulance, Yvonne had already been taken into the emergency area. I remember seeing the fantastic efforts and the work that was being put in by the nursing staff to help her. They were fantastic and couldn’t have tried harder.

Yvonne died from her wounds one hour later. She had been shot in the back and abdomen.

After escorting the ambulance, my car was sent to help with the traffic chaos that followed the start of the resulting siege.

I went home that afternoon and switched on the six o’clock news. It was only then that my former wife and I learned that the murdered officer was our friend.

The following day, I was assigned as a driver to the SAS team that had been brought in and stationed at a nearby RAF base. My job was to run the lads around, in short I was a gofer and taxi driver. I made frequent trips to the infamous ‘blue screen’ that was built to block the view into the square and I was present on the night that something amazing happened.

Yvonne’s hat and four other officers’ helmets were left lying in the square during the siege of the embassy. Images of them were shown repeatedly in the British media. They came to represent something quite iconic as a symbol of unarmed police officers who had been attacked so ruthlessly.

What happened was that a PC, acting completely on his own, ran into the square and snatched Yvonne’s hat. There were shouts of ‘get back, get back’ from the firearms officers but the unarmed PC was determined and fast. As he returned to the blue screen, he was bundled away by a senior officer and a firearms officer. I never did find out what happened to the PC but I suspect he got into trouble.

Fact is, what he did was a reckless thing to do. It is quite possible that the hat may have been playing a part in the hostage negotiations that were going on behind the scenes. We will never know. But what I can tell you is how much that PCs actions lifted the spirits of people like me who were sitting watching while the ‘powers that be’ seemed to be doing very little. Grabbing Yvonne’s hat from under the noses of the terrorists stuck two fingers up to them and told them what we thought of them.

To that anonymous PC, I say thanks.

The ‘Peoples Bureau’ was surrounded by armed police for eleven days, in one of the longest police sieges in London’s history. Meanwhile, in Libya, Colonel Gaddafi claimed that the embassy was under attack from British forces, and Libyan soldiers surrounded the British Embassy in Tripoli.

No satisfactory conclusion was reached in the UK, and following the taking of six hostages in Tripoli, the occupiers of the Bureau were allowed to fly out of the UK. The Tripoli hostages were not released for several months, ironically almost on the exact day that the memorial to Yvonne Fletcher was unveiled.

In July 2012 Andrew Gilligan of The Sunday Telegraph received reliable reports that Salah Eddin Khalifa, a pro-Gaddafi student, fired the fatal shot. Unlike a previous suspect named as the killer, Mr Khalifa is known to be alive and may, one day, be arrested. He is currently living in Cairo, a city to which he moved as the Gaddafi regime crumbled. 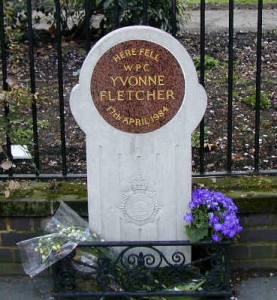 Yvonne’s death is still the only murder of a British cop on UK soil to remain unsolved.

But, we haven’t forgotten.

Robert Finlay seems to have finally left his SAS past behind him and is settled into his new career as a detective. But when the girlfriend of his former SAS colleague and close friend Kevin Jones is murdered, it’s clear that Finlay’s troubles are far from over. Jones is arrested for the killing, but soon escapes from jail, and Finlay is held responsible for the breakout. Suspended from duty and sure he’s being framed too, our hero teams up with MI5 agent Toni Fellowes to find out who’s behind the conspiracy. Their quest soon reveals a plot that goes to the very heart of the UK’s security services. End Game, the final part in the critically acclaimed Robert Finlay trilogy, sees our hero in an intricately plotted and terrifyingly fast-paced race to uncover the truth and escape those who’d sooner have him dead than be exposed.

In 1999, Matt was discharged from the police with Post Traumatic Stress Disorder. Whilst undergoing treatment, he was encouraged by his counsellor to write about his career and his experience of murders, shootings and terrorism.

Matt was eventually persuaded to give this a go, and one evening, he sat at his computer and started to weave his notes into a work of fiction that he described as having a tremendously cathartic effect on his own condition. He used his detailed knowledge and recollections to create what has been described by many readers as a fast paced, exciting and authentic tale of modern day policing and terrorism.

I could be argued that Matt Johnson is living proof PTSD is a condition that can be controlled and overcome with the right help and support. He has been described by many fans as an inspiration to fellow sufferers.

Matt is represented by James Wills of Watson Little, Literary Agents and by Kaye Freeman of Andromeda Talent. The former for all literary, audio, tv and film rights; the latter for all public speaking engagements.

End Game by Matt Johnson is out now and available from Amazon UK and Amazon US.